Marriage is beautiful when it’s working, but unfortunately, not all marriages last forever. Divorce rates are going up globally, and according to studies, Russia has the highest divorce rates in the world, followed by Belarus, with the U.S and Gibraltar coming a joint third.

Some years back, divorce was mostly associated with mature and aged couples, but nowadays, young couples are the most affected – the average age of couples getting divorced is 30 years old.

This can be attributed to the drastic change of lifestyle and many other factors. The values of a union seem to have been eroded by the rush and lust among the young people. They are making critical decisions in haste, forgetting that it will have an impact on their lives.

When a couple is happily married, everybody wishes them the best of luck as they start a family and probably sire as many kids as they wish. All those wishes may come true for the two love birds if they work on their relationship and are dedicated to solving any issue that may arise with integrity.

The couple hopes and prays that love becomes the main ingredient in their relationship recipe. The dream of many couples is to be blessed with beautiful children and get to enjoy parenthood.

However, children come with a set of demands, and that changes the dynamics of the relationship. They need love, affection, and attention.

When push comes to shove and the partners part their ways, children are the casualties, and they are affected psychologically and emotionally.

The innocent children find themselves at the center of a crossfire between their parents, and they get confused. The situation is dire for them, and the circumstance forces them to make hard choices contrary to their will.

The Effects Of Divorce On Children

The children go through a lot of difficulties during the divorce period. They don’t understand which way to go when the parents decide to separate. They are caught up in a dilemma because they don’t understand how the major pillars of their love, hope, and happiness can no longer hold together.

What hurts children the most is that they have to choose either to go live with the mother if she is the one moving out or stay behind and live with the dad. It is a tough choice to make, especially for those who are younger – aged 4years and below, because they need love and care from both parents.

Once the separation is complete, the court makes a decision on who among the parents is best suited to be the custodian of the children. Many factors are considered before the court arrives at the final decision. The age of the children is paramount, but in cases where the child is above 16 years of age, they are allowed to make a personal decision on who they want to live with.

This is the most critical part of parenting. The mom is the most favored to be the custodian.

Moms are known to be good caregivers but are stricter on matters of discipline as compared to fathers. That makes it difficult for the mom to maintain the level of discipline that she has set for her child because once they pay a visit to the father, things change. After all, the father may be too lenient.

That affects character development for the kids, and the child will always like to be with the parent who gives them the freedom to do whatever they want.

Every child tries their level best to impress the parents. When the family is on the verge of breaking, they take it upon themselves to try and salvage the family bond.

In some cases, it may be too late to save the rocking marriage, and the parents end up splitting. They might end up blaming themselves for it. Some think that it is all their fault and maybe if it were not for them, the parents still are together.

It is hard for the children to love one parent than the other. It affects the children psychologically simply because they tend to spend more time with one guardian than the other, and it is not what they would love, and there is nothing they can do to reverse the situation. It is a hurting experience and torture for innocent kids.

I don’t advocate that you stick to an abusive or ‘dead’ marriage, but if the situation is not that ugly, you should try to work it through with your partner and avoid unnecessary mess. Where divorce is the only option, make sure you talk about the consequences first with your partner before breaking the news to the children.

Treat each other with respect and avoid unnecessary drama.

Communication strategy is the key when you tell the kids about the separation. It is better to talk them through when you are together so that the kids can try to understand and guarantee them love, care, and better lives ahead together, regardless of the situation. 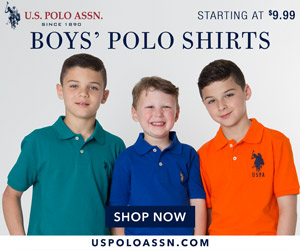