The Game of Thrones is one of the best TV shows to grace our screens. It contains some of the most beautifully written storylines and most romantic & violent scenes ever created. The writing is so good that it draws you to feel what the characters are feeling. Below are some of the best moments of this one-of-a-kind TV show.

Iconic Moments Of The Game Of Thrones

This is the one scene that left us all wondering what just happened. When Joffrey went against his word and demanded Ned’s head, that is the moment we knew that things were about to get real. It was even sadder because his daughters were watching the entire torment.

After Theon Greyjoy finds redemption while protecting Bran, he goes against the Night King and loses his life. But this is not in vain at all because he creates the perfect distraction for Arya to attack.

It is scary at first because the night king reflex is fast, and he holds Arya by the neck, but she thinks first and drops the knife with the dragon glass on her other hand, stabbing him right in his belly, thus saving everybody else. This was the most reliving moment as the biggest scare is now over.

One of our favorite characters, The Hound, finally gets to go one on one with his brother, who burnt his face. The fight between these two is very intense and did not disappoint. They both die as they fall off the remnant of the building.

4. Viserion Becomes An Ice Dragon: Season 7, Episode 6: “Beyond the Wall”

After Jon Snow is trapped and almost all hope is gone, Daenerys shows up with her dragons to rescue him, but she realizes that her dragons are vulnerable when the Night King hurls a lance and kills Viserion.

She loads up Drogo and leaves Jon behind, obviously devastated by the loss of her child. It is not long after the Night King turns Viserion into an Ice dragon, which was the greatest twist in the plot.

In this episode, George R. R. Martins serves you the tea then makes you drink it when it’s burning hot. We get to see one of the awful villains, Joffrey Baratheon, in the history of television die a horrible and embarrassing death. To make it even worse, it was at the reception of his wedding – horrible but deeply satisfying!

After the Hound and Arya Stark go rouge, they become frienemies as she ends up helping him take down an inn full of Lannister goons. They later ride side by side, and this is how slowly Arya becomes a little vicious killer.

The Game of Thrones is filled with more breathtaking scenes and episodes that hold the same greatness, if not more, as listed above. There are beautiful happy kisses, bloody weddings, shocking ends, and sad moments where we lose some of our favorite characters. 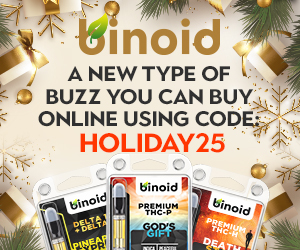