The Green Star Polyp, or GSP, is a soft coral for beginner aquarists. Also known as star polyps, starburst polyp, or daisy polyps, their scientific name is Pachyclavularia sp. The coral is originally from the Islands of the Indo-Pacific; Fiji, Great Barrier Reef, and Tonga.

If you need to add color to your aquarium, these corals are perfect also because they are fluorescent and attractive. It’s popular with aquarists because it adds a sense of movement and flow to your tank.

Let’s take a closer look at how you can take care of your green star polyps.

This soft coral species grows in shallow tropical waters, inhabiting rubble areas of lagoons and reefs. Green Star polyps overgrow and colonize any surface they encounter in your aquarium, including other corals.

Star polyps have retractable tentacles, about eight in number. These light green, green or yellow tentacles are smooth, thin, and open to a central mouth, which tends to be different. The color variations differ according to the species. The color ranges from metallic green, dark green, to brown.

The polyps are attached to each other via a thick red or purple mat known as a stolon. The tentacles can retract into the stolon once they sense any disturbance, such as trimming or fragging. At night, they will also tend to retract when they get stressed.

In comparison with other coral species, Green Star polyps can grow up to 2 inches in diameter and 2-4 cm in height.

How to Take Care of Green Star Polyps

Whether you are a beginner or veteran aquarist, these coral reef species are an excellent choice for your tank. Here are some tips you can use to take care of polyps.

Green Star polyps thrive well in a tank with moderate water movement. As the tentacles grow, they wave together with the wave flow. If the water flow is too strong, the GSP will not open up well and will stay too closed.

Once you place it in the tank, this species grows rapidly and could outgrow the fish tank if not correctly managed. Because of this, it’s advisable to place them on small islets of rock to control the spread out.

Furthermore, avoid the hard corals and living rocks so that they don’t become colonized. The GSP will also tend to retract if it’s placed next to corals with stinging nematocysts.

The tank size is not a critical factor because the coral will eventually spread out to most aquarium parts. If you don’t like having algae on the glass walls, you can place the GSP on the sides and back of your tank.

Most soft corals require the same water parameters. Due to its origin in the tropical ocean waters of the Indo-Pacific, they need water temperature between 72-78 degrees F. The salinity of the tank should range from 023 to 1.025. The optimal alkalinity range should be 8-11 dkh.

In terms of nutrients level, keep the phosphates and nitrates at 10ppm or less and magnesium from 1200 to 1350 ppm.

Because they are shallow-water organisms, they prefer moderate to high lighting levels. Installing LED lights in your tank will showcase the polyps better. As you consider lighting, stay away from low lights because you might not get the best growth rate. With these types of conditions, the coral won’t photosynthesize and will eventually die.

On the other hand, if the light is too strong, the coral will start to go pale and appear bleached. You can add blue lighting to your aquarium to help the Green Star polyps pop for aesthetic purposes. To maintain the growth rate, make sure not to move the coral around in the tank.

You can change the water in different intervals according to your needs. For example, you can do a 10 % or 20% water change, depending on your preference. However, it’s advisable to do a water change of about 5% every week to add some nutrients that help your polyps thrive.

Green Star polyps obtain their nutritional requirements through photosynthesis via a symbiotic relationship with zooxanthellae that lives within its body. Because of this element, these organisms take food from the lighting in your tank. In addition, GSP corals also absorb nutrients from the water column.

If you want to increase the growth rate, you can enforce target feeding. However, the coral will still grow well under normal aquarium conditions. As you feed your fish their specifically formulated nutritional products, the polyps will trap tiny particles of food in their tentacles.

The reef survives pretty well under good lighting conditions. However, you can still supplement their growth and boost their coloring by feeding them nutrients in liquid form.

Green Star polyps are very compatible with other species. You can place them in the tank with other coral species because they don’t have stinging tentacles known as nematocysts. However, due to its fast and rapid growth, it needs to be separated from other surfaces and corals in case it gets out of control.

How to Limit the Growth of Green Star Polyps

As you feed your GSPs, you’ll notice that they grow very fast. As a result, they can grow out of control and become invasive to other items in your fish tanks. So how can you control this overgrowth? Let’s find out.

Before you throw in the GSP, plan your tank layout well. This process will allow you to isolate the coral reef away from the others.

If you plan to grow the polyps on a rock, you should put it away from the other rocks. You’ll also need to watch out for the new growths because it also tends to establish on your substrate.

If the polyps grow on an area you didn’t intend; such as the walls or substrate, you can scrape them off with a sharp object. However, once the GSP grows on a rock, it will become tough to remove it. Therefore, it’s better to let it grow on a substrate such as sand.

You can put the polyps under control by incorporating aggressive corals like Frogspawn in the fish tank. Adding them along the perimeter of the GSPs will sting the polyps and make them retract.

This technique is a final process after you’ve tried the other methods. Finally, you can terminate and permanently stop the growth of the polyps by using a powerful laser to burn the growth spots.

How to Propagate Green Star Polyps

Propagation or fragging of GreenStar polyps is pretty straightforward. First, you need to peel off part of the purple or red mat from the mother colony and attach it to another rock surface or substrate.

With a razor blade, knife, or scissors, you can cut the frag in the shape and size you like. Then you can use super glue to stick the new frag to the surface of your choice.

The original colony will spread to make up for the missing piece. The new patch will grow and spread out over the new space until you control it.

How available are Green Star Polyps?

Due to their characteristics, GSPs are very popular among aquarium keepers. However, they are pricey.

They are easy to propagate; therefore, you can find them easily at your coral reef store or aquarium-related sellers. In addition, local saltwater fish stores have frags or small colonies of GSP that you can transfer to your fish tank. You can also choose to source frags online.

What are the Potential Problems of Green Star Polyps?

They are easy to propagate, but they also have some issues that you should look out for as you add them to the fish tank.

•   They Can Be Invasive

Their fast rate of growth tends to be a disadvantage. They establish very quickly on rocks and the substrate but could easily spin out of control if not well-managed.

This coral reef grows like a weed, making it very invasive. Therefore, you should keep the surfaces away from other corals to prevent this problem.

Once the surface they occupied becomes full, they will have the extra growth to find a new space to attach and form a new colony. To avoid this, aquarium keepers need to have routine maintenance that allows them to trim the extra growths and manage the GSP on one surface.

•   They Can Refuse to Open Up

In case of disturbances, the polyps can retract into the stolon for protection. However, you might also notice they have suddenly shrunk abnormally. This occurrence could be because of algae growth which prevents them from receiving sunlight and nutrition.

The polyps might not be getting enough water flow or light, which results in stress. Also, if there are other stinging corals or a lot of debris in the tank, the GSPs will start shrinking. Therefore, it’s essential you remove these elements to allow for proper growth.

Your tentacles will also retract at night when the salinity is off and in response to cutting or fragging.

•   How Long Will it take for Green Star Polyps to Open Up?

These corals are highly sensitive to water flow, lighting, and their placement. They can take a few hours or days to open up, depending on the optimal conditions available. When you turn down the lights in your aquarium, the polyps will retract and open back up when the light is on.

•   How Do You Remove Green Star Polyps From Rocks?

When the GSPs attach themselves to other rocks, you can remove them by manually peeling them off using a chisel to cut off a piece of the rock. Removing the growth surface works best than cutting off some polyps. If you leave one, they will grow back.

•   How Do You Feed Green Star Polyps?

GSPs get all their energy from light. Because they make their food via photosynthesis, they derive all the nutrients from the light in the tank. However, if you want them to grow faster, you can supplement their feeding with Reef Roids.

If you are a beginner in the aquarium business, Green Star Polyps are an excellent choice for your fish tank. These coral species are low maintenance and hardy; therefore, they don’t need too much attention as long as the tank conditions are optimal. Because they make their own food, you also don’t need to worry about their feeding.

They will add some color to your tank and can survive well with other coral species. However, you’ll need to pay attention to their growth rate as they tend to go out of control. Once you’ve mastered how to separate them from other rock surfaces and coral, they will thrive well in your aquarium. 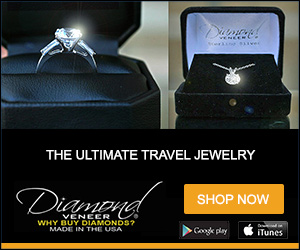