The Merrell twins have been warming their way into fans’ hearts with adorable videos that taught them how to laugh again. These ever-cheerful and relentless identical twins have proved to the world that you don’t have to be rude or dirty for you to be funny.

Who Are The Merrell Twins?

Merrell twins, Vanessa and Veronica, are identical twins. They share a similar middle name, ‘Jo,’ and you can quickly tell them apart. Vanessa has a dimple on both cheeks, while Veronica has only one on her left cheek. Besides, Veronica is lactose intolerant.

They are both singers, musicians, songwriters, actresses, and they play the piano. Veronica also plays violin and guitar, while Vanessa plays cello and bass guitar.

They are known for their roles in Jane the Virgin on the CW Network in 2014, 2015, and 2016, The Standoff movie in 2016, Faking It on MTV in 2015, and Nickelodeon’s Youtube channel videos on Double Dare DIY challenges. They also have three YouTube channels, namely More Merrel, Merrel Twins Live, and Merrell Twins.

How Old Are They?

Vanessa and Veronica are 24 years old. They were born on 6th August in Missouri, Kansas City but relocated to Los Angeles, California, at 16 (2012) to pursue acting. Veronica was born 45 minutes earlier than Vanessa.

They studied in the same college but pursued different courses. Veronica studied screenwriting while Vanessa did TV production.

You can subscribe to their YouTube channel, Merrell Twins. The channel has around 5.85 million subscribers and a total of more than 1 billion views.

They post different videos on their YouTube channel ranging from comedy to music, including original music videos and comedy sketches, funny songs, popular song covers, and challenges. They have been nominated for and won various awards, including:

In 2018, Veronica and Vanessa Merrell launched a Project Upgrade on their YouTube channel, a digital build series intending to inspire the youth to pursue careers in STEM (Science, Technology, Engineering, and Math). This series showcased how to tackle STEM projects and encourage young ladies to venture in the same.

In an interview with Michelle Kings, a contributor at the Forbes Women, Veronica said that their demographic was 83% female and 17% male hence making them a voice for young women. She further stated that social media has lots of negative influencers hence the need to inspire young ladies.

When asked how it is like to be YouTube megastars, Vanessa said they started their channel for fun. Still, it later earned more than three million subscribers and eventually became a business. Veronica said it was quite insane having a YouTube business at the age of 21, but they had acquired enough skills to run the business.

Now they have an empire they built from scratch and are entirely in charge of it. While most people do not take YouTube as a business, the Merrell twins bought a house out of it.

In 2020, the Merrell twins produced an entirely self-funded original scripted series known as Prom Knight through their production company, True Image Productions, Inc. The series was filmed in early March 2020 before lockdown.

Veronica and Vanessa had no idea schools would close, resulting in most school seniors missing out on their senior prom. Due to the lockdown, they dedicated the series to all high school seniors who didn’t attend their prom. The series earned way above 8 million combined organic views after its release.

The Merrell YouTube channel is family-friendly. They don’t curse, show off their bodies, nor do they discourage body positivity or wear certain clothes. You can also follow them on Instagram; they have more than 1.5 million followers.

What’s The Role Of Their Family (Dad) In Their Career?

Paul Merrell, the dad to Vanessa and Veronica, is a producer and editor of their videos. Besides, he also helps them create and write the scripts. He’s referred to as the third Merrell twin by the girls as he is behind the scene of all the stuff they do.  He started by uploading videos, checking out the analytics and tags, ensuring thumbnails and titles when they started the channel, and as it grew, he became the executive producer.

According to him, everything behind the scenes will be on him for as long as possible since it’s tough to find someone who understands the nuances of all they’ve learned over the last six years of uploading. They upload every Tuesday.

On the other hand, their Mother, Wendy Merrell, supports the twin’s career but is not interested in being on camera.

Do The Merrell Twins Have Boyfriends?

Veronica is in a relationship with You Tuber Aaron Burriss while Vanessa is single. In 2019, the Merrell Twins filmed a reality show called Twin My Heart. The goal of this Bachelorette style series was to match Vanessa with a good boyfriend.

At the season finale, Vanessa was in a dilemma between Brandon Woelfel and Christian Seavey. Much to Brandon’s disappointment, Vanessa preferred Christian.

In a tell-all video featuring Christian and Vanessa, Christian said he was attracted to Vanessa because of her positivity. According to him, she’s always smiling and always looking for better parts of the day and stuff, something he also loves to do.

Vanessa and Christian later confused funs when they confessed to being just friends. In early 2020, Vanessa Merrell was rumored to be in a relationship with Bryce Hall, but the rumors were short-lived since there was no evidence to support them.

Unlike Vanessa, Veronica is successful in the love department. She has been dating Aaron Burriss since 2017, and it seems their relationship is stronger than ever. In a recent Instagram post with several photos of her and Aaron, her caption read, “Be someone who makes someone else look forward to tomorrow.”

Difficulties During The Labor Of The Merrell Twins

While the world cherishes these two girls, they’re a wondrous gift to their parents. Things were not easy during their birth. According to their mum, Veronica was born naturally, and there was no labor progression. But since Vanessa was still inside, an urgent cesarean was conducted, and Vanessa was born after 45 minutes.

Vanessa suffered lung problems and had breathing difficulties, which required intense attention. Labor issues can be challenging for any mother. However, Wendy Merrell was fortunate that Vanessa had a fighting spirit and made it in time.

More than two decades later, the Merrell twins are all grown up and have positively impacted millions of lives.

In July 2018, the Merrell twins launched a cloth line known as TRUE IMG, one of their dreams since they were little. Veronica and Vanessa also value education, and they have been part of the Better Make Room campaign that inspires students to pursue higher learning.

Unfortunately, schooling has been a bit difficult for them due to their overwhelming schedules. They tried online classes, but at some point, they had to attend classes physically since less attendance meant a negative effect on their GPAs. This made them defer for one year.

Whether they choose to continue with their studies or not, their superstardom is unlikely to be affected.

There has been too much criticism on their YouTube channel where many people have been telling them to create more mature content or even wear fewer clothes or curse a little.  This has been discouraging to them since that’s not their personality, but they chose to ignore the displeasing suggestions and stay true to who they are as it has resonated with most of their audience.

The Merrell twin’s YouTube channel gets anywhere between 2 to 3000 subscribers per day, which is phenomenal, and it has maintained continuous growth for the last three years. Their intent on creating the videos is to entertain themselves and have fun. 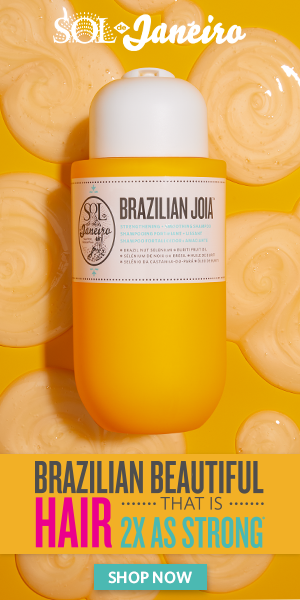