Every TV show has haters and lovers for its characters. Who’s your best TV show rogue character? You must have one in mind! Well, stay here for more details on the best fifteen TV show villains in history.

There are plenty of great shows; shows that have created fantastic villains to add more dimension to their stories. The villains have received love and hate in almost equal measure from the viewers. Villains are ranging from mobsters to killers, murderous moms to crime bosses.

Here is a countdown of the best fifteen TV characters you love to hate.

Walter White (Bryan Cranston) always had antihero qualities, even though he looked like a good guy in a bad situation. He acted as the main protagonist and fictional character in the AMC series.

Viewers later learned many of his hardships were because of his desire for supremacy. His dream was to have an empire despite the humble life he had at the initial start of the show. Walter White was a huge success in 2013; Breaking Bad got its way to Guinness Book as the most critically celebrated show of all time.

Breaking Bad story transforms Walter alias (Heisenberg) from an ordinary man to a supreme villain. He moved from being a man coping with his unfortunate situation to being a bad guy who needs hero treatment. News of his lung cancer made him do the worst – from cooking methamphetamine to drug dealing with his former student.

Actor Frank Silva makes Killer BOB appear to be such a ghoulishly bad guy. He laughs and screams as though possessed while starring at the mirror. In the set, Bob is a fictional character who arrives with little rhyme! Like his name, he stands for the terrifying notion of suffering that never ends.

Bob is a demon who depends on possession. He feeds on sorrow and pain from his victims after raping and murdering them. The American mystery horror TV drama keeps both children and adults glued to their seats.

Declining rates saw Twin Peaks canceled after the second season. However, it was back in 2017 after 25 years! It got a devoted cult following, and there was an extensive mention of it in the media.

Better known as Gustavo ‘Gus’ Fring (Giancarlo Esposito) is an actor and director. Fring is a fictional character in the American TV drama series Breaking Bad.

Gus is the head of a New Mexico-based methamphetamine drug ring. He is a legitimate businessman who is impossibly cold-blooded. He disguises himself as a professional restaurant manager even though he is one of the greatest cunning villains ever.

He hides his brutal ambitions beneath his smart suits and cold smiles. Gustavo Fring’s action makes him a perfect match for (Bryan Cranston) Walter White.

Are you shocked to see Dr. Hannibal (Mads Mikkelsen) here? He is has a lot of positive attributes such as being sexy and smart, and he’s a legit gourmet chef. Dr. Hannibal is, however, a cannibal and a wicked manipulative monster.

Hannibal is a bright strategist who can fool almost all those around him. He’s a respected psychiatrist forensic who, at times, drives Agent Will Graham crazy during therapy sessions.

The Lithuanian-American turns out to be the serial killer that agent Graham is desperate to catch. Nevertheless, things turn for the worse for him as Hannibal manages to trick the FBI. Makes them believe Will is insane, landing him in an insane asylum. Hannibal has established passionate fans who find the psyche of this serial killer creepy and fascinating.

Olivia alias ‘Livia’ Soprano (Nancy Marchand) is a fictional character who appeared on the Sopranos, an American crime drama series. She was a mother to three children, Tony, Janice, and Barbara Soprano.

Livia was a cagey pessimist, selfish, and miserable even in old age. One thorny issue that kept her awake is how paranoid she was about her son’s intentions. Her terrible persona included being manipulative, insecure, and conniving to the extent of trying to get Tony killed by Junior.

She eventually destroyed her family and later died in her sleep after suffering a stroke. It was Tony’s time to revenge by ignoring her!

If you had a natural distrust of naughty children, then you know how Joffrey acted. He takes exquisite pleasure in being cruel for cruelty’s sake.

Joffrey Baratheon kept belittling his family members, especially Tyrion and Tywin. However, that was only a short period before someone could respond. The real perpetrator behind the plans to kill this young king was Olenna. She had to spare her granddaughter a life of abuse, despite Cersei demanding his brother’s head!

His tyranny control halted after his death in the Purple Wedding. It was such a disappointment despite his brat trait on this exquisite American fantasy drama. No viewer was shocked about his murder because his cruelty had to stop!

Michelle Trachtenberg, known as Sparks in Gossip Girl, is the MVP of Manhattan’s most indecent elite. She is a recurring character in the television series as a fictional person.

In this novel series, she is a drug-addicted teenager. She is also manipulative, cruel, and causes nothing but chaos throughout the show.

The motive behind Georgina’s lies is to see the Upper East Side break into chaos at every opportunity as she returns in disguise. One unique thing is that she doesn’t care about consequences in all the eight out of ten episodes she appears.

Benjamin Linus is a regular member of Lost from the third season that aired in 2006.

There are many stories that revolve around nerds who became best TV show villains, and Ben Linus (Michael Emerson) is among the most notorious. He’s manipulative and cunning behavior saw him trick people into having what he needs. One notable thing about him is his ambiguous intentions during the entire series.

Benjamin and the magical mystery island makes the lives of those aboard Oceanic Flight 815 turn around. From torture to the sacrifice of his child, mass murder to kidnapping – the list is endless! The staunch believer in the island’s secrets couldn’t stop at anything. He protects the island from those he feels pose a threat.

The most heinous member of the Fox River Eight is T-Bag (Robert Knepper). Why so? T-bag is a pedophile, a white supremacist, and an enemy to the group. He intimidated Michael to add him in the escape and threatened to alert the correctional officers if left out.

T-Bag only cared about himself, and his actions kept weighing on Michael’s conscience throughout Prison Break. T-Bag had a positive side of him – he was an intelligent and well calculating man who is alert at every heinous decision he takes.

Despite his wicked acts committed in this jail series, T-bag still got viewers on his side.

Number Six is a fictional character that is played by Tricia Helfer. Battlestar Galactica is an American Military Science TV series with 76 episodes. The series got different acclaims, including the program of the year award, Peabody award, and Emmy wins.

Battlestar Galactica brings to the world, the civilization of humans who live on a group of planets called the ‘Twelve Colonies.’ Unlike most space operas, this series has no humanoid aliens. The stories also show perpetuated cycles of violence and hate. Such fights drove human-Cylon conflict and even religion conflict with the implication of a ‘God.’

Here is the only model that doesn’t use one particular human alias for all copies. Number six is a seductive, statuesque Cylon spy. Copies of her are out in plenty!

Cersei (Lena Heady) and Jaime (Nikolaj Coster-Waldau) Lannister are the children of Lord Tywin Lannister (Charles Dance). The only member of the Lannister family who is not a villain is Tyrion Lannister.

Tywin Lannister was an excellent tactician and had no functioning moral compass. He ordered the death of his son and did not lose sleep over it.

Jaime Lannister alias the Kingslayer is a smirking jerk whose mere appearance direct viewers to know that he’s the classic foe among the famous heroes. Some of the crimes committed by Jamie Lannister include rape, treason, and murder. Jaime Lannister is one of the greatest swordsmen in Westeros. Apart from that, he was the deadliest king’s guard. However, he lost one hand, therefore, pushed to rely on his intelligence far more prominent.

Cersei Lannister is one of the best female villains ever to grace our screens. She goes through a lot of suffering, and maybe this is why she becomes such a ruthless monster. She was forced to marry at a young age, was raped, and had lost a child. During her short reign as the Queen of the Seven Kingdoms, Cersei Lannister was responsible for killing thousands of people, including Margaery Tyrell.

The Wire is a crime drama series. Many find it easy to paint this man as Robin Hood-type character! It doesn’t matter to him because he even robs the drug dealers and directs the loot to the needy. You may say that’s his technique of distributing his wealth.

On The Wire, Omar makes a living from the use of his gun. Violence and robbery are part of him. He will only instill fear when the situation demands, and this is one of the reasons why he’s also viewed as a hero. He is the only guy in the evil world whose actions yield express results.

Teller (Charlie Hunnam) is the embodiment of the modern TV villain. A popular antihero must carry something about them that is never right. They usually have one trait outside the edge of traditional heroic moves.

His main hobby on the show is living a rebellious lifestyle. His crimes are murder, assault, torture, kidnap, having an illegal gun, and drugs. Teller got to the show with a few goals, and some of them include finding the truth behind Donna Winston’s death, bringing back his kidnapped son, and killing Damon Pope.

He also avenged a few deaths and took care of all ties and loose ends to help his family and club before his suicide. An exciting story to watch!

TV show: Days Of Our Lives

The main villain in Days Of Our Lives is Stefano Dimera (Joseph Mascalo). He has a face no child would forget. Unless you were in sickbay, then nobody wanted to miss this loving soap drama!

Dimera is an expert in faking his death over a dozen times. He had thirty henchmen who would do his dirty roles. He was fun to watch and is, without a doubt, one of the greatest TV show villains of all time!

When you want to see bad guys, then WWF/WWE Raw is the show to watch. However, the most long-standing and dastardly villain in the history of wrestling is Vince McMahon. He chairs and owns WWE.

The evil-doer ushered in 1997 with an intention. The American wrestler promoter made history in wrestling; McMahon was to be a part of the business and the show. The persona he created meant to do his damage outside the ring.

Best in evil leaders, such as to fire his employees, force people to kiss his rear end, suppress competition, and to destroy rival promotions.

The greatest villains in TV history will never get enough love as heroes. This is mostly because of their character and then things that they do.

However, today is the day to honor some of those excellent antagonists who made some TV shows worth viewing. What’s your opinion about these villains? Who’s your favorite here? Today’s exciting lineup will guide you to pick your best TV show villains in history. 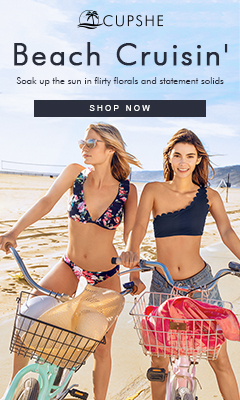