There are places on this earth that will make you question if they do exist in real life.  They are breathtakingly awesome beyond imagination.

Folks, it would be best if you saw to believe. You only need to stop playing the images in your mind and reach out to them. Meanwhile, you can continue feeding your imagination with these jaw-dropping places.

Gansu province in China hosts one of the land-forms that are a masterpiece of nature. Settling on the eastern foothill of the Qilian Mountains, these mountain ridges look like a dye of beautiful shades of crimson.

These Rainbow Mountains have otherworldly colors similar to rainbows running over the top of a rolling landscape. Their color pallets echo even more when the sun rays fall upon them.

These heavenly South American treks will surprise you amidst your high expectations. A walk along their maintained paths will bring forth various flora as well as endemic animal species that are out of this world.

Roraima’s summit is foggy and has exquisite black rocks, gardens, statues, and deserted Indian palace ruins etching the clouds. A moment around this piece of a kind will be sure to send fresh air down your lungs.

When other accidents make everything around ugly, one particular accident by a geothermal power company left scalding hot water shooting from the well they were drilling. Later, calcium carbonate deposits began to form, growing several inches bigger each year.

Today, the deposits at Fly Geyser are spectacular three large mounds that are colored green and red, each spewing hot water up to five feet high. Such a beautiful accident!

It’s so unlucky of you don’t see such wonder in your lifetime. Kuang Si Falls isn’t your regular falls hitting down a cliff. The 50-meter-high waters begin in small cascading falls that flow into a series of shallow pools you can swim in, before the water flowing downstream into the jungle.

One needs half a day to explore the falls, and you’ll be lucky to be able to capture the whole amusement without staying at a spot for way too long. You will get a treat of a rare picturesque of exquisite patterns on rocks, and a magnificent landscape of crystal blue water flowing over the thick green jungle.

The forceful torrent showers falling on your skin from above as you unwind yourself in the swimming pools are a forever telltale.

5. The Door To Hell – Turkmenistan

Hell is hot, and there’s one on earth.  In the Karakum Desert of Turkmenistan, a crater has been burning for forty years now. The Door To Hell was a hot accident when a Soviet drilling rig punched into an underground natural gas cavern.

An entire drilling rig fell into the crater when the ground collapsed in the event, and there was a massive gas leakage. The Soviets thought that lighting the cavity would make it burn for a few days and stop. Decades later, it is hot as ever.

Lake Baikal in Siberia is 25 million years old, the oldest on earth. Lake Baikal – the largest freshwater lake on earth proves that old age is golden. The rich flora and fauna, such as Taika Mountains surrounding the lake, contribute to the purity and clarity of its waters.

During winter, the water freezes, and something magical happens—massive shards of clear ice form on the surface of the lake.  Wait until sunlight hits the surface, turquoise ice!

The world’s largest natural caves in the middle of a remote jungle appear as a dark, foreboding maw on earth. Son Doong Cave is vast, with chambers big enough to host an entire city block of New York skyscrapers, and is nearly five million years old.

Breathtakingly, there’s an underwater tunnel within the cave that connects it to another giant cave, Hang Thung.  Apart from that, two sinkholes illuminate beams of spectacular sunlight along the jungle full of trees within the cave.

After COVID-19 comes to an end, it will be time to dust your passports. How can you fail to notice the undeniable beauty of Mother Nature after this?

There are a lot of magical places in the world. If we have left out any, please feel free to share it with us on the comment section. Happy travels and stay safe! 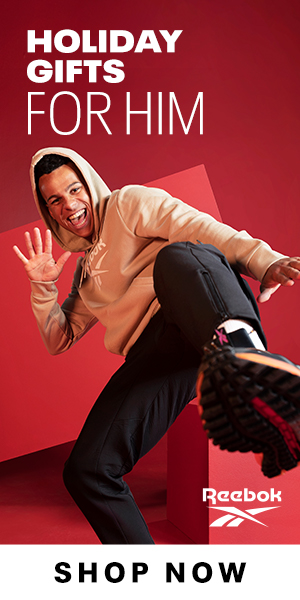