Africa is the second-largest and second populous continent with a population of 1.3 billion people, according to the 2018 statistics. The African continent is vast, with immense landscapes from forests, beaches to mountains, deserts, wetland, and endless open savanna. It’s only in Africa where you will meet people who still hold their culture, dear.

Amazing Places To Visit In Africa Before You Die

Every year, people from all over the world visit Kenya and Tanzania to witness one of the seven wonders of the world – the great wildebeest migration.

The movement is mainly between July-October when the wildebeest cross Tanzania’s Serengeti plains through the Mara River and into Kenya’s Masai Mara in search of greener pastures. The sight of the enormous wildebeests crossing is so dramatic.

Table Mountain is a flat-topped mountain that is found near the city of Cape Town in South Africa.

This beautiful mountain is part of the Table Mountain National Park, where a wide variety of animals thrives. The availability of cable cars is one of the experiences you wouldn’t like to miss when visiting this place. If you are a hiking person, then this is the place to visit.

Namibia has the biggest dunes in the world, making a must-see site for people traveling to Africa. The Sossuvlei Dunes are part of the vast Namib Desert and are found in the Namib-Naukluft National Park.

Victoria Falls make one of the world’s majestic water spectacles. This breathtaking waterfall is on the Zambezi River at the border between Zimbabwe and Zambia.

You will enjoy the approximate 108-meter-high cascade spray, which records about 12,800 cubic meters per second flow. It is also a habitat for even unique plants and animals. The falls have a 1,708 meters’ width, and during the wet season, it’s the largest waterfall in the world.

The Giza pyramid complex is home to three magnificent pyramids built around 2560 BC from 2.5 million blocks of limestone.

The Pyramids of Giza were made as tombs, and they are the oldest among the Seven Wonders of the World. Standing at 481 feet, the Great Pyramid, which is the tallest among the three, is a sight to behold. Visit these ancient beauties and marvel at the great history and architecture.

Nyika Plateau is part of the Nyika National Park, which is found in the Nothern side of Malawi. The national park is beautiful, and it protects not only the plateau but also the wide variety of animal species that live here.

Nyika Plateau features a beautiful mountain highland area that lies on the Malawian border. The highest point is at Nganda Peak, and it’s 8,547 feet above the sea level. This can be a relaxing start to a trip around a serene, refreshing haven after a hot safari.

Makgadikgadi Pans are salt pans that are situated at the center of North-Eastern Botswana’s dry savanna. They make one of the most extensive salt flats in the world.

People believe that you can hear your blood flow in this vast area of dry salt pans. The landscape was formed after the huge lake – Lake Makgadikgadi dried up many years ago. The largest pan is 4,921 km2 – that’s how vast these beautiful areas are!

The canoeing safaris in Lower Zambezi National Park offers you a chance to see hippos, elephants among other animals drinking water from the nearby rivers and tributaries around the camp.

Located along the northwestern banks of the Zambezi River and founded in 1983, Lower Zambezi National Park is one of a kind. If you love to fish, you can get yourself accommodation on campsites along the river banks to make your fishing experience spectacular and effortless.

Bazaruto Archipelago makes up to a group of six islands that are located off the Mozambique southern coast near Vilankulo City.

They are known for their white sand beaches, and it makes one of the biggest islands. The interior wetland forests and grasslands are a habitat for bird species. Available hotel setting gives you the view to see whales, dolphins.

Mount Kilimanjaro is 19,341 feet above the sea level, making it the tallest mountain in Africa and the highest free-standing mountain in the world!

This beauty is a dormant volcano, and it creates a varied and dramatic natural habitat. You can climb through the lush rain-forests and alpines to cross the barren lunar landscape to reach a twin summit above the clouds. That must be breathtaking.

Also known as Lake Nyasa, Lake Malawi is found between Tanzania, Malawi, and Mozambique. This is one of the most magnificent lakes in the world.

It contains approximately 1,300 fish species and has more tropical fish than any other lakes in the world. UNESCO has recognized its biodiversity, which has made the lake the world’s first freshwater park.

This elegant conservation center was founded in 1990, and it entails a walk above the ground on Africa’s longest canopy walkway. It gives you a chance to explore Nigeria’s natural beauty. It also offers a serene escape from Nigeria’s commercial capital.

Rwanda provides a unique opportunity for you to see gorillas in their natural habitat. In Volcanoes National Park, you easily get to encounter them as they go on with their daily lives.

The park is located in northwestern Rwanda and has a vast rain forest cover, making it the ideal home for the mountain gorillas and golden monkeys. It’s safe, peaceful, and gives you an unforgettable experience with relatively accessible primates.

Draa Valley lies between the Atlas Mountains and the dunes of the Sahara.

It makes the most splendid and rewarding landscapes with mass plantation of the dates. At the base lies classy hotels and restaurants, which are very decent for your stay.

Lake Nakuru is located in Kenya’s rift valley and is part of Lake Nakuru National Park.

This breathtaking lake has an elevation of 5,755 feet above the sea level and is also one of the fantastic Rift Valley soda lakes. Lake Nakuru is world-famous for its huge number of flamingos, but you will also get to see other types of birds, baboons, and other wild animals.

Africa has most of the prolific wildlife viewing, and this is one of the reasons you should visit Africa before you die. This article is just a guide to showcase the best trips to see Africa’s majestic wildlife up-close. 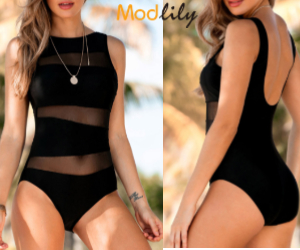